July 7 survivor: How I’m learning to live without fear

Neuro-linguistic programming helped one survivor of the July 7 bombings in London take on her fears and rebuild her confidence. 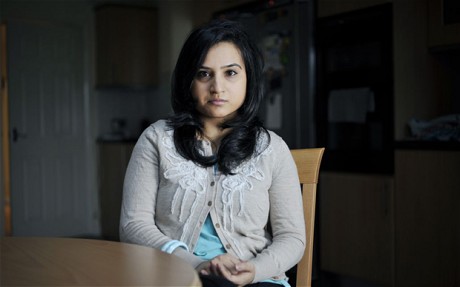 The sixth anniversary of the London bombings on July 7 is a timely reminder that the 2005 attacks continue to affect the daily lives of many. Finding a way to move forward has been a crucial battle for those people still haunted by the tragedy.

The fateful morning of July 7 2005 started much like any other for Jaina Dadia. “I was up a little early for work,” recalls the 26-year-old Londoner. “I normally get the train from Euston to Waterloo but the station was closed. I jumped on the first bus that I could find. It was completely crowded. We edged slowly through the traffic. A typical rush hour grind.”

Amid the monotony, something started to feel wrong. “I had a curious, bad feeling,” says Jaina. “I don’t know if it was intuition or what but I suddenly felt an overwhelming urge to escape.” In a move that saved her life, she requested that the bus stop, and pushed her way off it.

With her confidence and self esteem severely affected, Jaina eventually sought help. “I met Paul McKenna on a course that he was running for weight loss,” she reveals. “During a break he was handing out leaflets on neuro-linguistic programming. I was a bit dismissive but he told me it could help me. Ultimately I had nothing to lose so I booked into a course.”

Luckily for Jaina, Richard Bandler, the man who helped invent neuro-linguistic programming, was due to lead the event. Bandler, who counts Bill Clinton and Al Gore as fervent fans, is credited with revolutionising alternative psychiatric treatment. “He said he would put me in a trance, that I’d then be in a receptive state so that he could work with me. He told me to imagine the bus, to make the image smaller in my mind, to scribble it out. He made the whole event seem really silly. He sang circus music as he was doing it. By altering my memory, it changed from being a huge thing in my mind, to a tiny speck that I could just flick away.”

The impact was astounding and immediate. “I was smiling when I came out of the trance,” explains Jaina. “It felt really weird, suddenly the experience on the bus didn’t bother me any more. My life changed from that moment on. He taught me that you can’t live in fear all your life, and now I don’t.”

Is it really possible to experience such a remarkable recovery in moments? Bandler explains that the science behind NLP dictates that phobias are best treated as they are born, instantaneously.

“Irrational fears are created when the person is in a high intensity moment,” he says. “The individual is in an altered state. Feelings are burning strong and therefore psychological impact is more profound. By recreating that state then we can have huge success.”

An estimated 13 million Britons suffer from some form of phobic disorder. “Psychiatrists are obsessed with reliving painful events,” says Bandler. “I am not interested in the past, I’m interested in the future. NLP diminishes the bad memory once and encourages people to move and get on with their lives.”

Jaina is now moving her life forward in huge steps and is working as an actress and broadcaster. “NLP is essentially about instilling confidence,” she says. “Anyone suffering from a phobia should challenge it, rather than suffering in silence.”